I love spicy and fried food but too much of it recently made me feel very ‘heaty’ and I ended up falling sick and had a bad cough. So for the past week, I’ve been making and eating lots of steamed food and soups as well as herbal teas. This luo han guo with watercress soup combines two of my favourite ingredients (luo han guo and watercress) to combat heat-related symptoms.

What is luo han guo?

Luo han guo (罗汉果) is a dried fruit from the plant Cucurbitaceae (gourd) family, native to southern China and northern Thailand. For centuries, the Chinese have been brewing it as a medicinal drink to treat a variety of ailments as it has many health benefits. 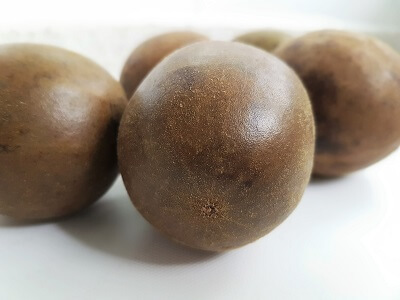 The luo han guo fruit is round, yellow-brownish or green-brownish in colour when they’re fresh. It has fine hair all over it and turns brown when dried. The natural sweet taste of luo han guo comes from chemical compounds in the fruit called mongrosides which makes it 300 times sweeter than cane sugar! Therefore, the addition of luo han guo to any soup or drink makes it sweet without the addition of sugar.

Unlike regular sugar, it has zero calories and will not affect your blood sugar level even though it tastes very sweet. This makes it a natural sugar substitute for diabetics or those going on a diet. It is also used in Chinese medicine to sweeten soups. 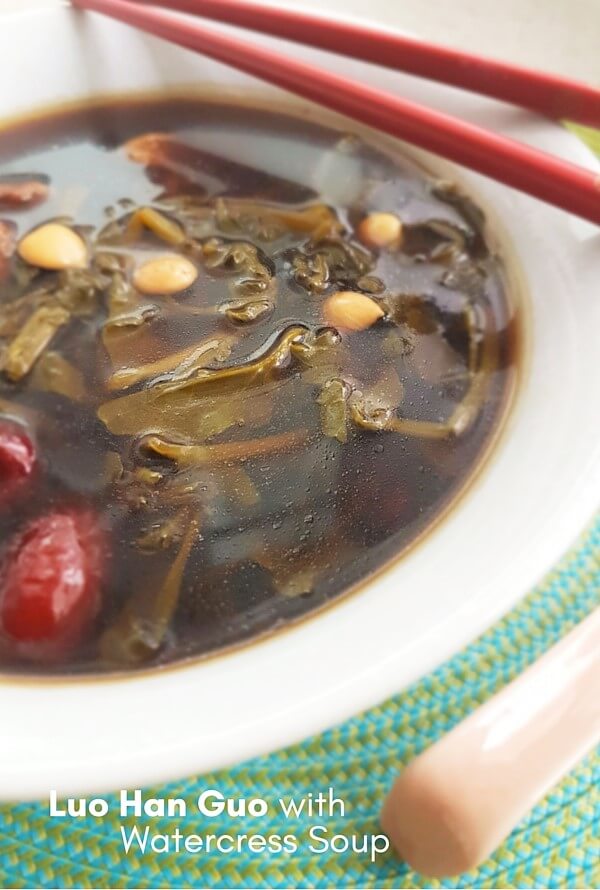 How to Cook Luo Han Guo

Before cooking, briefly rinse the luo han guo. Then crack the thin but hard shell with the back of a butter knife or you can cut it in half. Both the shell and the fruit inside can be cooked. Usually, I would use luo han guo to make a herbal tea but it can be cooked in soups too. Either way, it will serve its purpose to alleviate coughs and sore throats. 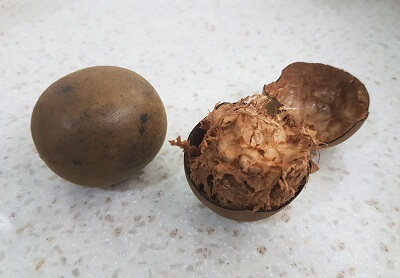 Besides being an effective natural sweetener for food and drinks, luo han guo has many other health benefits. 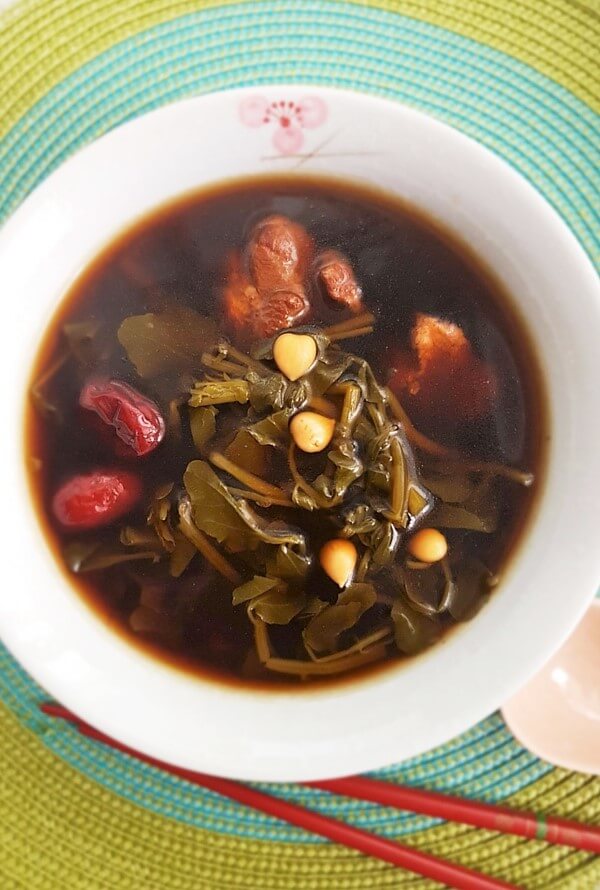 Dried apricot seeds helps to moisten the lungs and reduce phlegm. I usually add them into soups such as this Pear Soup with Pork Ribs whenever I have a cough and my throat feels irritated. They also add an interesting texture to the soup. 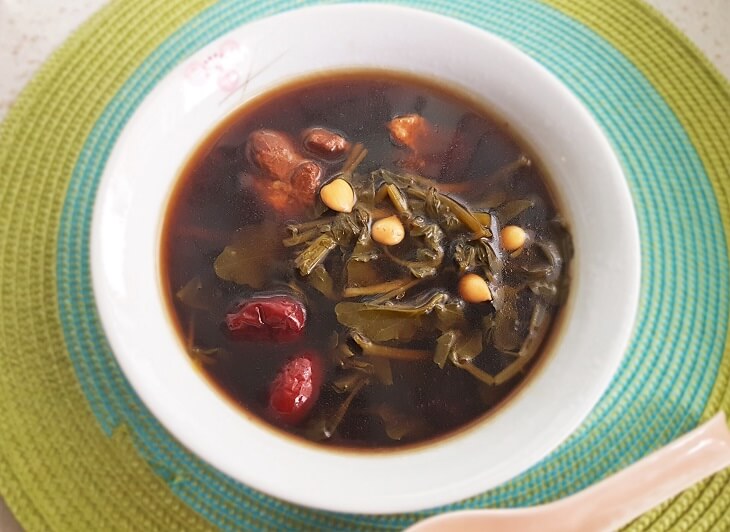 Print
Prep time
10 mins
Cook time
1 hr 30 mins
Total time
1 hr 40 mins
Author: Yvonne Oh
Recipe type: Slow Cooking Soup
Cuisine: Chinese
Serves: 4
Ingredients
Instructions
Cooking Notes
The addition of pork ribs makes the soup savory but you can also boil it without the meat.
This soup is on the sweet side due to the dried honey dates and luo han guo. If you prefer a more savory soup, replace the dried honey dates with a piece of dried tangerine peel. Soak the dried tangerine peel to soften and scrape off the white pith on the inner skin with a teaspoon to remove the bitter taste.
3.5.3226
Pin227
Share7
Tweet