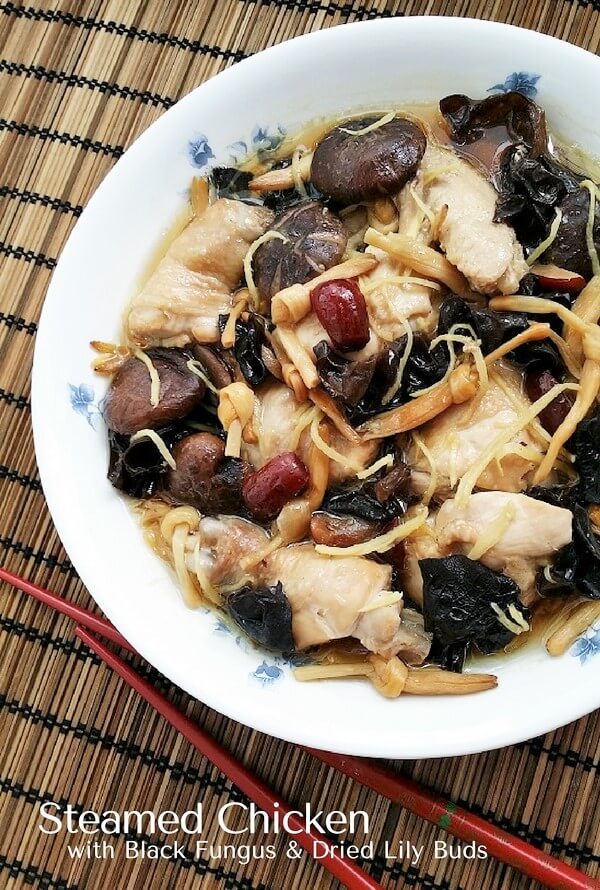 What Is Black Fungus?

If you have never heard of black fungus before, it is a type of edible mushroom that grows on both living and dead wood. Black fungus (also known as cloud ears fungus or wood ears fungus due to its odd shape) is often used in Asian cooking in dishes such as soups, stews, salads, stir-fries and steamed dishes like this steamed chicken with black fungus.

The name black fungus may put off some people but it is delicious when cooked. It doesn’t have a distinct taste of its own but absorbs the flavor of other ingredients it is cooked with. The texture is slightly crunchy or slippery depending on how long you cook it.

Nutrition wise, it has a host of benefits including lowering cholesterol and blood sugar, nourishes and cleanses the blood, improves blood circulation, prevents iron deficiency anemia and is rich in iron, protein and vitamins B1, B2 and D. A good source of calcium, it reportedly has twice the amount of calcium compared to milk. It also has seven times the amount of iron compared to pig’s liver!

Black fungus is usually sold in dried form and comes in 2 varieties – thick ones and the smaller and thinner types. I am using the smaller and thinner ones for this recipe. Soak it first before cooking. Once rehydrated, it can expand up to 2-3 times its original size. Then, cut off the hard stems and shred them to smaller pieces and use as required in the recipe. 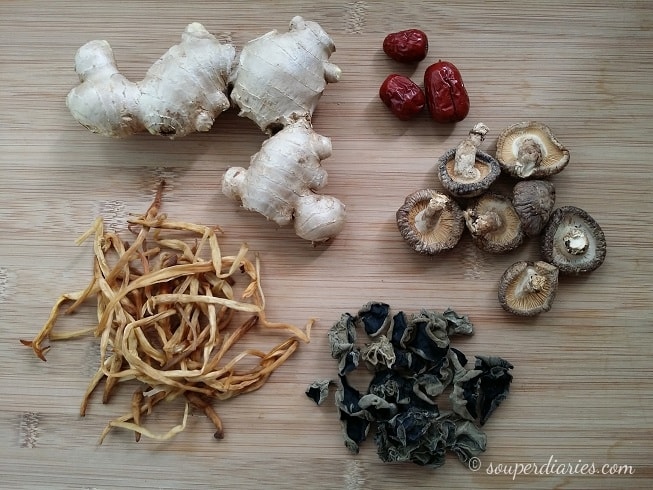 The picture above shows you the dried ingredients listed in the recipe. I forgot to add some goji berries. If you have them, you may add a tablespoon or two to steam with the rest of the ingredients.

For the dried shiitake mushrooms, you do not need to use the expensive and thicker types for this recipe. In fact, I like to use smaller ones here so that no cutting is required (except for trimming off the hard stems) and I can simply pop a whole shroom into my mouth.

All these Chinese dried goods are relatively inexpensive. I usually stock them up in my pantry (except the ginger) so that I can whip up dishes like this one easily.

An ingredient commonly paired with the black fungus is dried lily buds. Dried lily buds come from the unopened flowers of the daylily plant. It is a popular edible flower in Chinese cuisine. Tie them into a knot and soak for around 15 minutes. Any longer and they will fray easily and lose its musky earthy flavour. The knots not only make them more appealing but serve to improve their bite and texture. 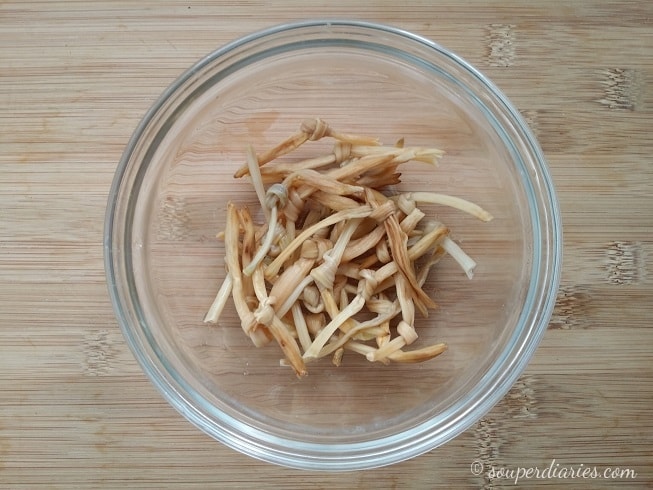 Dried lily buds tied into a knot and rehydrated

They are an essential ingredient in Chinese vegetarian dishes like Lo Han Zhai (Buddha’s Delight) which some people refer to as chap chye. Another popular dish where you’ll find these dried lily buds is the hot and sour soup.

To make this dish more flavorful, marinade the chicken, black fungus and mushrooms overnight in the refrigerator. Or at least for 2 to 3 hours. This will let the them absorb more of the seasoning.

This steamed chicken with black fungus is simple, comforting and full of Cantonese flavours. I really enjoyed all the different flavors and textures coming together. I hope you’ll love the recipe too. Ready to start cooking? 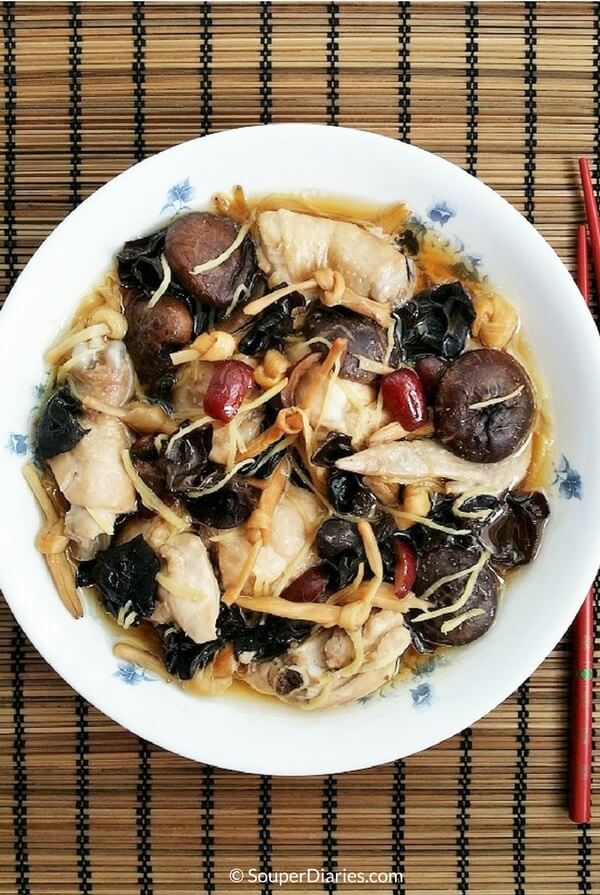